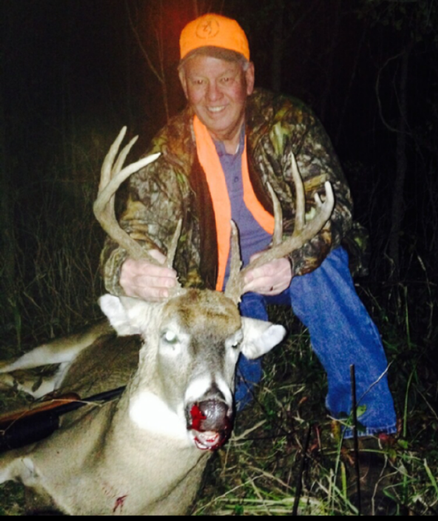 It was a cold winter morning just before the sun was up. A group of friends and I were deep in the woods driving to go hunting when all of a sudden a dog streaked across the road chasing a squirrel, bam. I was in the 2nd truck and watched as he was hit by the front bumper and rolled under the truck in front of me luckily not hitting a tire. Both trucks came to a halt as we watched the poor dog flop around and struggle to get to his feet. A few long seconds later the dog was hobbling off. There was no collar on the dog to call the owner but it could have come off when he was hit but we never found it. The dog would not get close to us, probably from shock but we assumed at the time he was wild, part of that was based on the fact that he was chasing a meal across the road when he was hit and another part was how far from town we were. We followed the dog for what seemed like 10 miles not knowing why we were following him but just concerned for his health. We lost sight of him as he eventually turned off the dirt road and walked up to a house we assumed was abandoned. When we got out of the truck to look for him, we found him shaking in the corner of the car port. We were keeping our distance trying to figure out what to do when all of a sudden an elderly lady opened the door. I told her that we ran over her dog and that he needed help. She proceeded to tell us her story. She said the dog showed up about 6 months ago and would stay in the carport. She would occasionally feed him table scraps.  I don’t know why, but without hesitation, I asked her if I could have the dog. She replied, “Please take him.” He was hesitant to come toward us, still had a lowered head and was cautious but once I helped him into the truck his whole body language changed. He was no different at that point than he is today, bouncing around and in everybody’s business forcing himself on you until you pet him. We took him with us on the duck hunt that morning. I held him and tried to think of his name as we waited for ducks to come in, I watched him as he looked up in the sky searching for ducks as we were. Finally we shot our first group and I let him go. Off he went toward the ducks. I am thinking that I’m the luckiest guy ever. This dog knows how to retrieve ducks. The dog picks up the duck and takes it to the other side of the water and eats it. I guess he was hungry. He ran and swam the rest of the hunt, we couldn’t get him to come back to the blind. He was actually no where to be found when it was time to go. We whistled and called “dog” but no response. We finally found him wagging his tail next to the truck. He didn’t want to be left. On our way to the vet to get him checked out, the first truck stopped at the first intersection and pointed at the sign. The road that our journey started on was Nash road. Nash is a great dog with a long, long story, which he immortalized in his autobiography. Nash was a dog’s dog. He was an alpha dog! You don’t mess with Nash!

​My life was not always perfect, as it is now.  I started out as a hunting dog for a mean old “Yankee carpet bagger.”  But, one day, in Dumas, 2007, life took a change for the better.  In the fall of 2007 (Duck Season) at the age of 2, I was on the run from my past, full speed after my prey, when I was run over by Adam.  “Ma’am, if he is not your dog, can I have him?” and that was the start of a wonderful life for me and Adam.

I made such an impact, they named a street after me in Dumas!

When I first found Adam, he took me to Alabama, Roll Tide Roll!  I discovered I had heart worms and I had to stay at the vet for 3 days.  When I returned home, Adam had a homecoming party for me and cooked me a steak.  Dog food has never tasted the same since.

One day, Adam and I were just hanging around the truck eating popcorn.  Adam decided he was going to teach me a trick that would keep someone from trying to steal me.  He gave me a secret command to get out of the truck.  I couldn’t get out of the truck until Adam said the secret word.  I can’t tell you the secret word.  If I did, it wouldn’t be a secret word anymore.  I am not sure anyone has ever tried to steal me.  I guess Adam’s trick has worked!

Nash the hunter!  At the cabin, I would swim in the river all day and I would hunt all night.  The next morning, after a night long hunt, I would deliver presents to Adam, a opossum, raccoon or a squirrel in the front yard of the cabin.  During the day, I would go off and return, usually with a raccoon.  I was so proud of my presents, I would give them to Adam.  Adam always seemed proud too.  He would stop what he was doing to take my picture.

One day in March 2008 (Spring Break), Adam and I were hanging out at Ferndale.  While Adam was washing his truck, I walked into the veterinarian office, next door, with another dog I had made friends with.  The vet boarded me and my friend.  Adam couldn’t find me, but I was right next door.  They began a major search for me.  I could hear them yelling, whistling and could hear Adam’s truck, but there was nothing I could do.  Adam left his truck overnight so I could find him.  They took pictures of me and gave to everyone in the area, including the vet.  The vet said they had a dog that looked like me but it wasn’t lost, it was being boarded.  One little boy told Adam, “We saw Nash, and my brother shot at him with his pellet gun!”  But, he missed me.

Adam had to return to Alabama without me.  A week later, Adam called – “They have got Nash!”  The people who boarded their dog came to pick up their dog from the vet and told the vet I was not their dog.  The vet realized “It’s me!”  Mom and Dad drove me to Alabama to reunite with Adam.  Adam wasn’t even mad at me!

In 2009, I had my first puppies.  My girlfriend across the street was a full-blooded lab.  They looked handsome, just like me with curly hair.  They have become great hunters, just like their dad.

Adam and I moved to Conway in 2009.  About this time, this pretty blonde girl started interfering with mine and Adam’s activities.  I had to make sure she understood the hierarchy around here.  I think I got my bluff in so far.

The mean old Conway postman maced me in 2010.  I could tell he was not a good person.  He never would talk to me or pet me.  He hated his job.  I think he was a beer drinking, pot-bellied redneck who could barely read the sign “Beware of Dog.”  Just for fun, I would scare him sometimes as he delivered the mail.  He didn’t think I could get out of the fence, but if I really wanted to, I could get out.  I kept waiting for him to come inside the fence, but he never did.  One day, I was behind the fence minding my own business (which included scaring the postman) and he maced me for no apparent reason.  I told Adam about him macing me and Adam let him have it!  Adam is always on my side!  I am glad Adam didn’t mace the postman, a federal employee, protected by the U.S. Government.

I have always been a little leery of postmen ever since that day.  I can recognize the trucks they drive.

ON SATURDAY, OCTOBER 13, 2012, I WAS SHOT!  I was shot with a 50 caliber bullet from a hunting rifle.  Adam and Dad immediately raced me to the animal hospital in North Little Rock.  Doctor Hunter took good care of me.  The nurses didn’t think they would see me on Sunday when they returned to work.  Upon arrival at the animal hospital, my oxygen level in my blood was only 85%.  I was bleeding internally.  The bullet broke my ribs and tore a hole in my right lung.  My lung capacity was 25%.  At night and on weekends, I was moved to the hospital; during the day, I was at Interstate Animal Clinic.  I was in intensive care for 10 days.

Late Tuesday night/Wednesday morning, I took myself off oxygen.  My oxygen level was 99%-100% without oxygen.  Mom, Dad and Adam visited at least once every day, usually twice.  I knew they were there and wanted me to get well and come home.  I didn’t like being away from them.  Thursday, October 18, I had gotten strong enough for surgery.  I had surgery for 2 hours.  They were all waiting to see me that evening.  I was not doing any walking after surgery.

When I was released from the hospital, they brought me home to rest.  I was to have no activity.  The doctor told them, they were to keep me sedated, no activity.  As soon as I got out of the truck at home, I raced after and killed a squirrel in the front yard!  I was so proud.  A week later, we returned to Doctor Hunter to get my stitches out and I jumped out of the truck to show everyone I was back in action.

After recovery, I had full range of the house, no more discipline, no more training.  I no longer have to mind, but I do anyway, because I want Adam to be proud of me!  I now sleep in Adam’s bed.  LIFE IS GREAT!  I am back to killing raccoons, opossums and squirrels.  I now wear orange at the cabin.

WHAT A WONDERFUL LIFE! 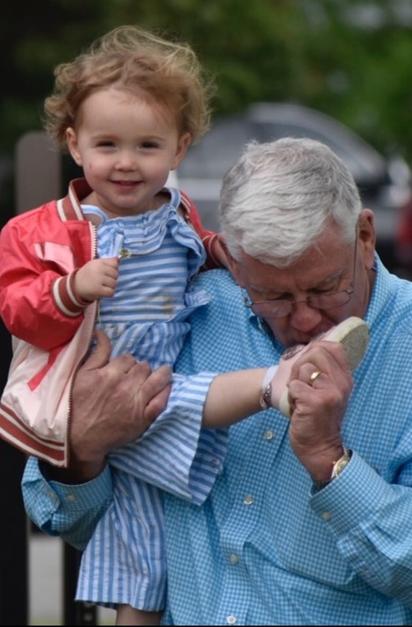 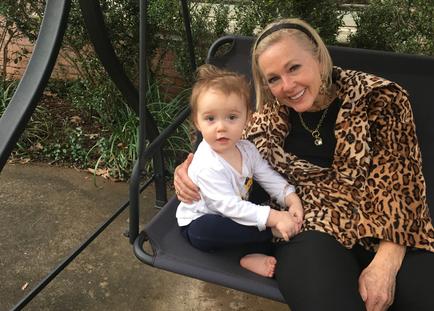 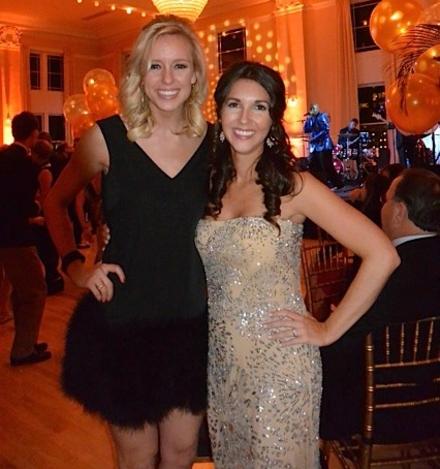 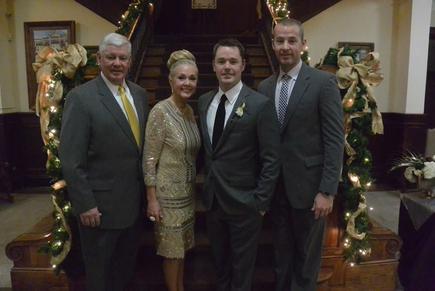 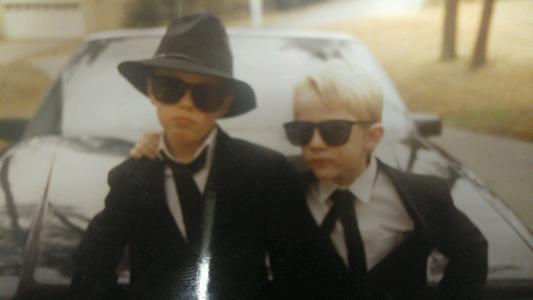 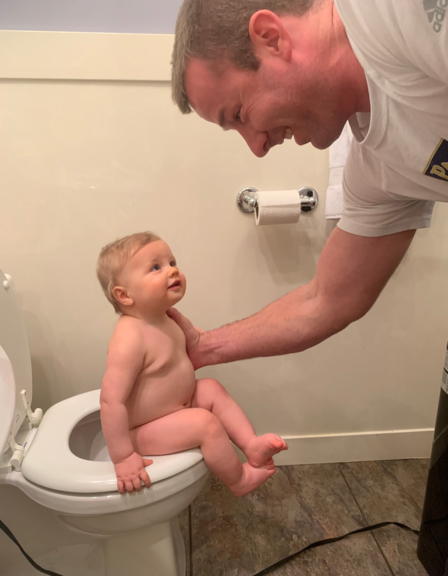 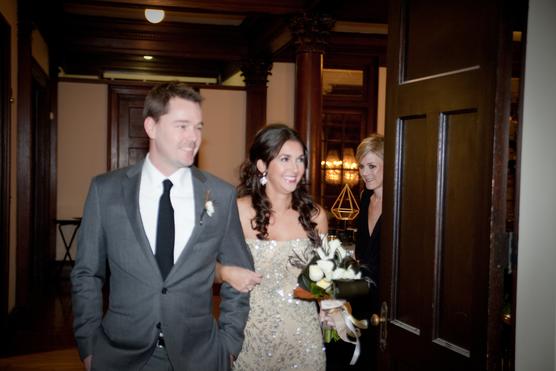 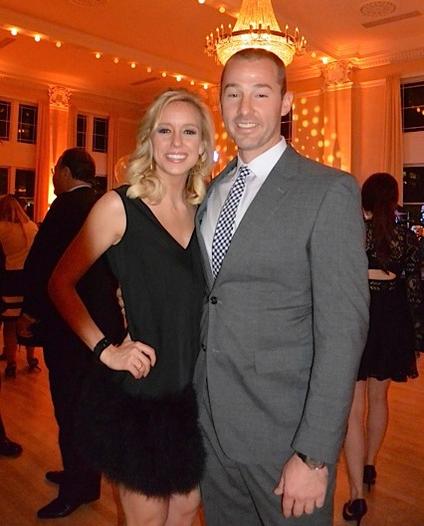 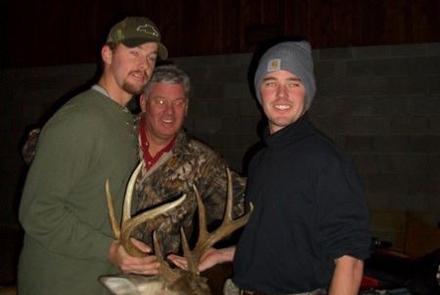 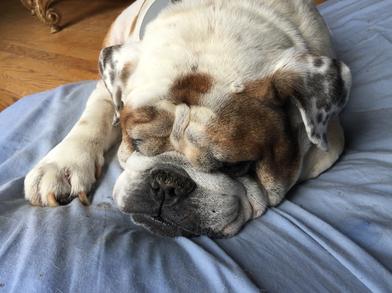 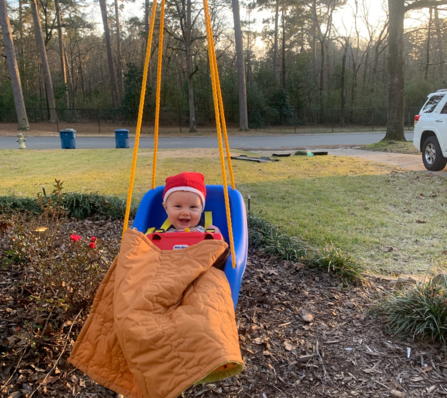 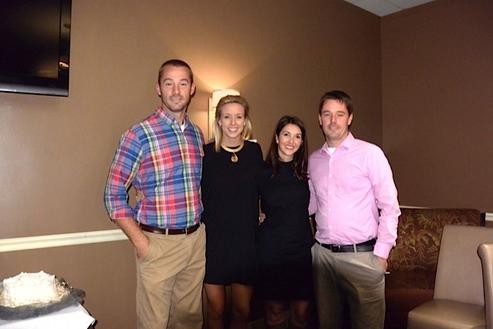 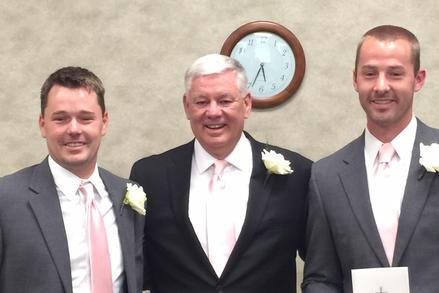 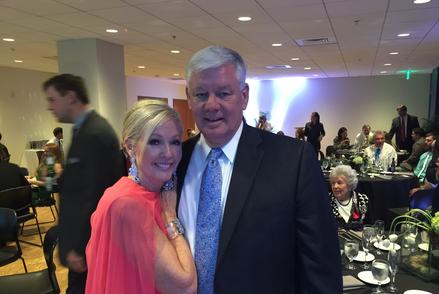